Ricoh’s line of Aficio printers have earned high praise from imaging experts for years. Perhaps best known for its high-end film cameras and copiers, Ricoh has made major inroads in the imaging industry, boosting some of the world’s top selling printer models Whether you’ve got an inkjet or laser printer, Toner Buzz is your one-stop independent shop for all your genuine Ricoh printing supplies. 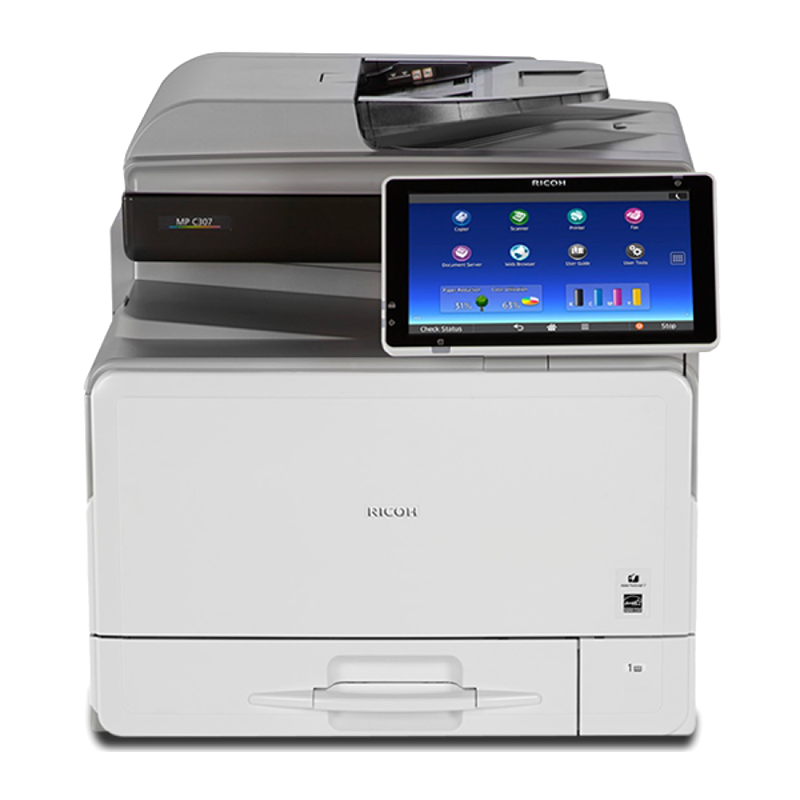 March 1950 Ricoh was the first company in Japan to introduce a belt-conveyor system for manufacturing cameras. In 1950, Ricoh achieved a production capacity of 10,000 units/month—more than ten times the industry standard. Successfully adopting this method of camera mass production, Ricoh offered the Ricohflex Model III at an affordable price, which was remarkably low for an iconic luxury item in those days. This model became highly popular among Japanese consumers, reportedly representing more than 50% of total national camera production during its sales peak.

In 1955, Ricoh launched its first office copier, the Ricopy 101. The product became widely popular in the late 1950s, sparking the coining of the term “make a Ricopy,” meaning to “make a copy” in Japan, a representation of the brand that came to be recognized as being synonymous with the concept of duplication. Ricopy 101 and the following desktop diazo-wet copier Ricopy series brought about a revolutionary improvement in office work efficiency, ushering in an age of office automation. In June 1982 Ricoh introduced the “RICOPY FT4060”, the first dry-toner plain-paper copier. In October 21013, Ricoh launched RICOH THETA, the world’s first imaging device that captures fully spherical views.